The Ford Edge is a popular mid-size
five-seater crossover with modern and dynamic looks that was first introduced
for model year 2007. Built in Oakville, Ontario this vehicle boasts comfort,
space and a characteristic silhouette which make it different and allow it to
stand out within an increasingly competitive niche.

While
a solid seller, fans of power and aerodynamic style now have the choice between
a more powerful iteration, the Ford Edge ST, and a slightly less muscular
version whose appearance is directly inspired by Ford’s Performance division,
the Ford Edge ST-Line. 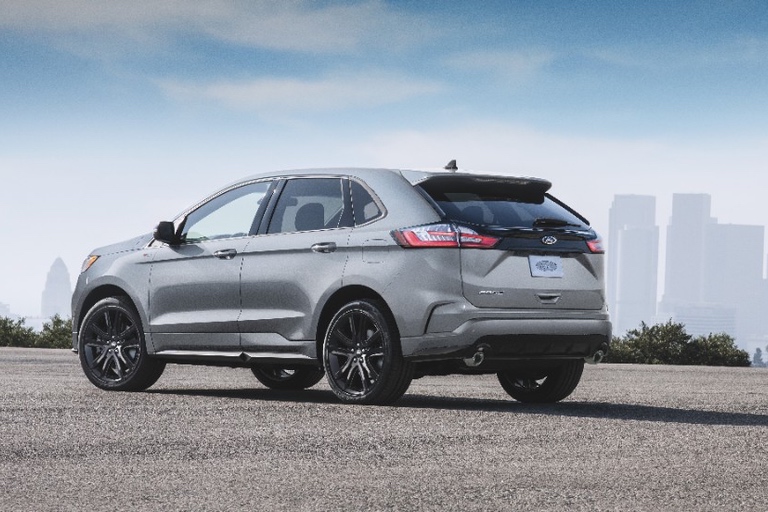 The Ford Edge ST made its appearance for
2019 and in the past two years, has accounted for 13 percent of all Ford Edge
sales in North America. The Edge ST has an athletic, almost aggressive
appearance, but make no mistake, above all, this uncompromising crossover is
inspired by the long line of Ford ST-branded vehicles that have perfected the
marque’s sporty personality.

Its main characteristic is power – and
plenty of it. Under the hood lurks a uniquely-tuned 2.7-litre EcoBoost V-6
engine which produces 335-horsepower and 380 lb-ft of torque.

This crossover is capable of reaching 0-100
kilometres per hour in less than six seconds, a performance worthy of note for
a vehicle whose curb weight exceeds 4,526 pounds.

To transfer this power to its wheels, the
Ford Edge ST relies on an eight-speed automatic gearbox with quick changes and
an all-wheel-drive system with activatable traction control. Capping it off,
engineers have added a refined sport suspension to maximize the dynamic driving
experience, affording more control to the driver. 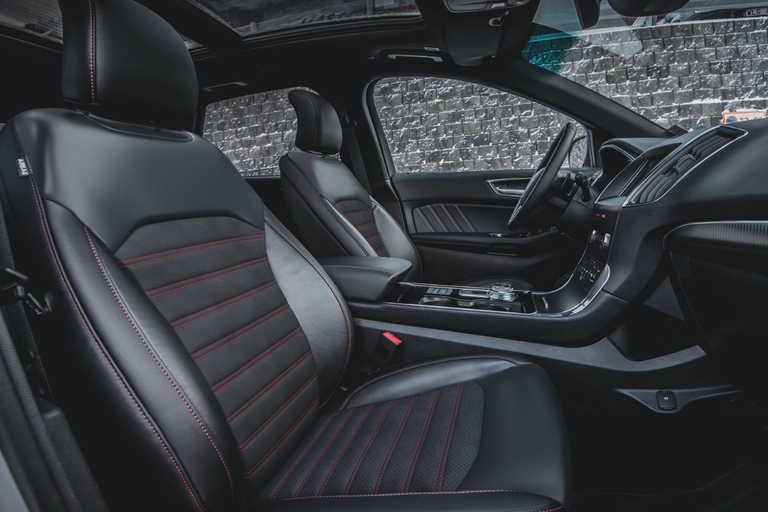 Under
the hood, the ST-Line offers a 2.0-litre turbocharged 4-cylinder EcoBoost
engine, developing a respectable 250-horsepower. The eight-speed automatic
transmission is standard, while all-wheel drive is optional.

Like all Ford vehicles, both the ST version
of the Edge and the all-new ST-Line version include all the safety and comfort
elements that characterize Ford vehicles. Ford Co-Pilot 360 Assist Plus
technology is available as an option.

Sync3 with Apple CarPlay and Android Auto
compatibility with Waze integration and a wireless phone charging pad is
standard.